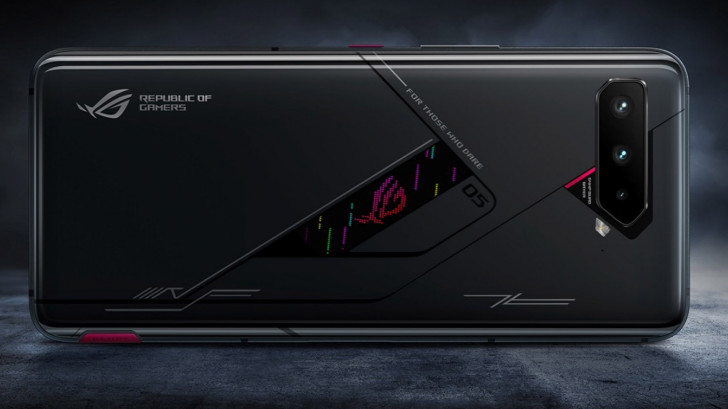 The ROG Phone 5s is the latest gaming phone from ASUS, and being part of the ROG lineup (arguably one of the biggest PC gaming brands in the world right now), the smartphone comes with the same kind of fluff, bells, and whistles you would see from the brand’s PC components, including RGB lighting and its trademark, utilitarian “gamery” aesthetic its users have come to know and love. If the ROG Phone 5s is a little expensive for your tastes, but you still want to get those “true gamer” looks on your phone, don’t despair: the phone’s live wallpapers have been ported to other Android phones.

Yet again, this wallpaper port comes from developer linuxct, who last year ported the ROG Phone 3’s live wallpapers (and some Xiaomi live wallpapers, too). There are two to choose from here: “Drones of Detection” and “Star Ship.” Both feature a dark look with red and blue accents, and feature the signature ROG “eye” logo, as well as the taglines Republic of Gamers and Join the Republic.

I released a couple of Live Wallpaper ports from the ASUS ROG 5S, check them out in the links below 👇 pic.twitter.com/SUaIkk2egh

As was the case with the ROG Phone 3’s wallpapers, in order to get these on your phone, you’ll need to download both the live wallpaper APKs, as well as the X-Mode 2.0 companion app (otherwise, they’ll display without animating). You can grab both wallpaper APKs now at APK Mirror:

Setting Up Synology NAS with Sonarr, Radarr, Sabnzb and Plex (920+)

I finally have gotten around to setting up my Synology NAS with Plex, Sabnzb, Sonarr

Setting Up Synology NAS with Sonarr, Radarr, Sabnzb and Plex (920+)