It’s been a long time coming.  There have certainly been signs that the end and the beginning were arriving soon.  I’ve been working in the Tech field now for over half of my life in one role or another. There have been so many new and interesting adventures over the years. It all started for me back in 1982.  This was the year the Commodore 64 came out and for whatever reason I wanted it more than anything in the world. Interestingly the Apple IIe came out six years earlier, in 1976. It was good marketting on Commodore’s part, the 64 was for those of us in the middle class.  Apple espcially in the beginning were aiming for people from places with names like Katonah and Bedford Hills were money wasn’t an issue.  I begged my mom for the 64 that Christmas, it was the only thing I wanted. “What are you going to do with it?” I recall be asked. “I’m going to make games and program it.”  Well Christmas came and besides the multitudneous number of gifts under the tree, my mom was and still is not one for small Christmas’s, was my beloved Commodore 64. I was in Love.

I spent countless hours learning to program that 6502 chipset.  Skipping forward many years and many computers later.  Another passion of mine, Astrology found its way into a marriage with my beloved Commodore 64.  About the same time, Compuserve and a new Service called Quantum Link, what everyone now knows at America Online had just made there way into the American market.  It was literally the Big Bang of the Internet. Back then modems were a new thing and expensive.  Telecom companys charged by the minute, ask my mom she’ll vouch for me on this.  I did get a modem and was on both Compuserve and Quantum link. This was a new and amazing way for me to actually talk with others about all of the things that I love, Astrology, computers and in hushed tones there were LBGT chat rooms were I could talk with other like myself.  I formed some wonderful friendships online to the point that I made my first cross country in 1987, to Southern California.  It was here in Southern California that I landed my first I.T. position. I was working a temporary assignment as a file clerk and offered to fix the computers whenever they needed it. It progress from there, I changed my resume and the rest is now history.  I’ve had the oppurtunity for work for big names like Microsoft, Amazon, IBM and RealNetworks, remember them?

So here I am now twenty plus years later. I’ve been happy as a clam mostly.  During this time I’ve developed new interests, writing, blogging, marketing and ecommerce.  This has brought me to were I am at now at career-wise, the tipping point.  I had said I was happy but the truth is there has a been a growing frustration. I’ve  had an ever increasing feeling that I can be doing something else more fulfilling than fixes other peoples machines, the corporate grind, the nine to five.  It’s been a slow draining alomost vampiric like process on my soul.  I found whenever I was writing articles or blog posts I felt alive. The same was true when I was building out my Shopify store, Playbears.com, go check it out for some cute things.  The problem was I didn’t have the time to really grow any one of these things, my Shopify store, my freelance writing, the blogs or my Wellness business, which seriously if we haven’t talked about it, we should. I AM in the business of helping you get better safer products into your life, your home all while saving you money and time in the procuess.  Something had to be done, I wasn’t sleeping and wasn’t growing any of my businesses very succesfully nor was I doing my regular nine to five much justice either.  It was a constant daily reminder that I’m not doing what makes me alive. But what about the money?  I’m the primary breadwinner in our family, I couldn’t just leave could I?  After much discussion and planning I made the decesion to leave behind the career that has carried me through almost three decades of adulthood.  It was an easy choice and a hard one leaving the devil you know for the one you don’t is always a risky choice.  Risky choices are not something I’ve ever shyed away from in my life.  On October 1st I went to work knowing this was my “Fourth of July” from the I.T. industry.  I gave notice today is my last day, thanks for the oppurtuinity.  It was quick, precise, painless. I offered to stay the whole day knowing that wasn’t likely.  In the I.T. and most corporate jobs if you give notice you’er immediately given a box and a goodbye. I had anticipated this and had removed all my things over the previous week.  I walked out the door at 10 a.m happier than I’ve been in awhile, this pupa has burst forth from his chrysalis.  The excitement for the future is what I get to wake up to each day, new challenges abound.

My days are now filled with a variety of things, writing, looking for writing gigs, a part-time job to keep the money coming in in-between the writing.  I will end this post with a piece of a conversation Bill Moyers and Joseph Cambell, noted Mytholigist had.

BILL MOYERS: Do you ever have the sense of… being helped by hidden hands?

JOSEPH CAMPBELL: All the time. It is miraculous. I even have a superstition that has grown on me as a result of invisible hands coming all the time – namely, that if you do follow your bliss you put yourself on a kind of track that has been there all the while, waiting for you, and the life that you ought to be living is the one you are living. When you can see that, you begin to meet people who are in your field of bliss, and they open doors to you. I say, follow your bliss and don’t be afraid, and doors will open where you didn’t know they were going to be.

and now you know where my online handle, bnbliss comes from.

Ken Saunders is a freelance writer for hire. He specializes in creating content that will drive traffic, convert readers and make your social media pop. He has been writing since 2012. His professional background is in Information Technology as well as Health and Wellness. His experience has given him a broad base from which to approach many topics. He especially enjoys researching and writing articles on the topics of Spirituality, Technology, Food, Travel, and the LGBT community. His articles have appeared in a number of e-zine sites, including Lifehack. Media, Andrew Christian, TogetherWeWin.com and Vocal.media. You can learn more about his services at http://www.ken-saunders.info.

It’s been a little over a year since I pulled the trigger, left the corporate I.T. 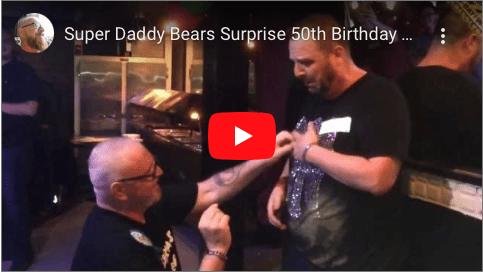