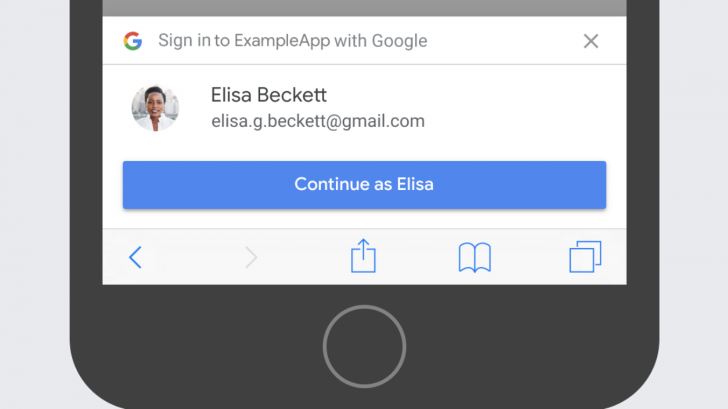 Logging into a random site with your Google account? You can forget about jumping into a separate splash page — the company has developed a new set of APIs under one banner called Google Identity Services and have enabled an expedient method to get you authenticated faster.

In fact, it’s called One Tap and might only take just one tap in certain circumstances. When a user taps the “Sign in with Google” button on a site, Google will pop up a prompt at the top of a page or the bottom while on mobile with a menu of the user’s Google accounts (if multiple are signed in, as applicable), then a confirmation message and a button allowing them to continue on. No more having to plop down credentials each time.

Furthermore, you’ll see personalized a Sign in with Google button if you’re returning to a site you’ve logged out from. That brings the total tap/click count for authentication down to just one.

It seems that the trade-off for letting Google know where you’re most engaged on the web seems lighter than ever for end users looking for a convenient way to get out of signing up for an account on a site they’d otherwise be less involved with.

Google says its APIs can be installed with just a static HTML snippet or minimal JavaScript and are guarded against click-jacking, pixel tracking, and other threats. Pinterest has seen sign-ups increase by 47% on the web and 126% on Android while returns have also jumped by 16% and 34%, respectively. Reddit has doubled returning traffic with One Tap.

Those interested in learning more can visit the new Google Identity site.